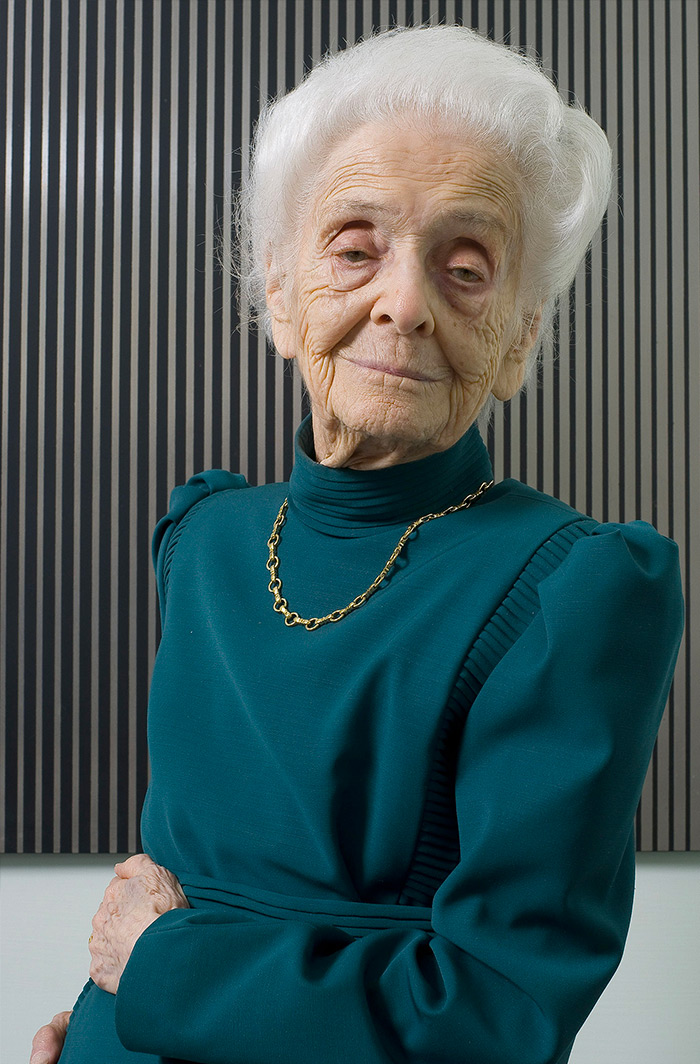 Rita Levi Montalcini was born on 22 April 1909 in Turin, Italy, with her twin sister Paola. She received her M.D. from the Institute of Human Anatomy of the University of Turin under the direction of Prof. Giuseppe Levi. Her work has been dedicated to the study of the nervous system and its function.

During her university years, she meets future Nobel Laureates, Salvatore Luria and Renato Dulbecco, with whom she will remain in close contact for the rest of her life.  In 1938, the proclamation of racial laws prevents her from continuing her studies at the university.

Studies on the nervous system
and the discovery
of NGF 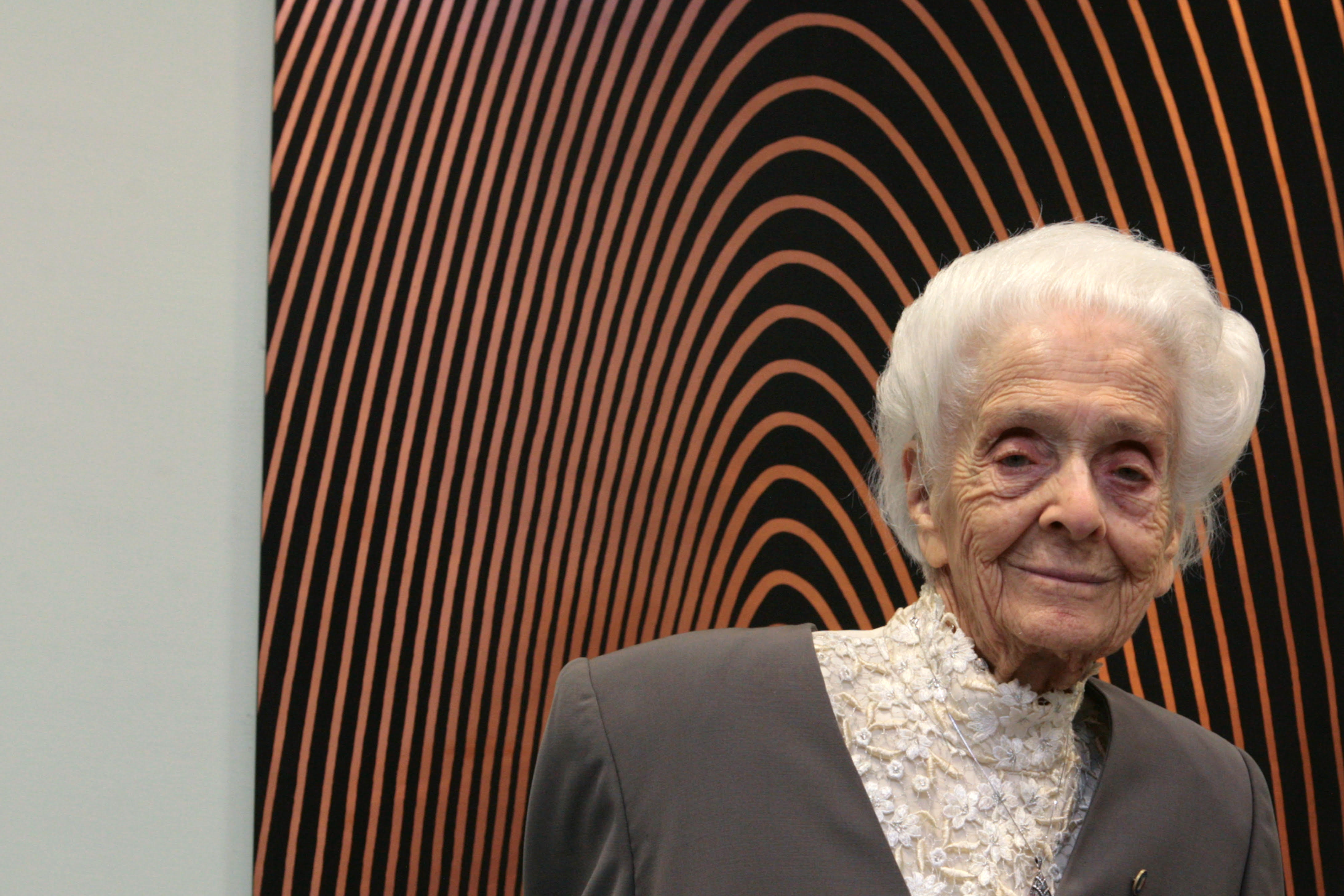 Studies on the nervous system
and the discovery
of NGF

Nonetheless, Levi-Montalcini continues her research on the mechanisms of differentiation of the nervous system first in Belgium and then again back in Turin in 1940, in a small laboratory set up privately. During the German occupation, she and her family spend a period in Florence hiding from the Nazi army but with constant contact with the leaders of the Action Party (Partito d´Azione). Upon invitation from Professor Viktor Hamburger in 1947, she moves to Washington University in St Louis (Missouri, USA) to continue the research she started in Turin.

In 1952, she goes to Brazil to continue her in vitro culture experiments at the University of Rio de Janeiro, Institute of Biophysics, as a guest of Professor Carlo Chagas, at that time Dirctor of the Institute. The experiments performed in Brazil in December 1952, allowed for the identification of the growth factor of neuronal cells (Nerve Growth Factor, also known as the acronym NGF). Upon her return in St Louis in the winter of 1953, a young biochemist Stanley Cohen joins her and together, using the in vitro system that Rita Levi Montalcini designed, they perform the first biochemical characterization of this growth factor. For this discovery Rita Levi-Montalcini and Stanley Cohen receive the Nobel Prize in Medicine in 1986.

In 1969 she settles permanently in Italy to assume the direction of the Institute of Cell Biology at the CNR in Rome. From 1993 to 1998, she is President of the Institute of the Italian Encyclopedia. Rita Levi-Montalcini is elected member of the most prestigious scientific academies, such as l´Accademia Nazionale dei Lincei, l´Accademia Pontificia, l´Accademia delle Scienze, the National Academy of Sciences of the USA and the Royal Society. She created and Presides the Rita Levi-Montalcini Foundation, which provides scholarships and educational support for African women. In 2001 she is appointed Senator for life of the Italian Republic. In 2002 she founds and presides the European Brain Research Institute (EBRI), a position she holds until her death at the age of 103 on 30 December 2012.

Your Majesties, Your Royal Highnesses, Ladies and Gentlemen, It is with very deep emotion that my dear friend Stanley Cohen and I stand here today, in front of you, and wish to express our immense gratitude for having been bestowed with the greatest honor that a scientist can ever dream of receiving for his or her accomplishments: the Nobel Prize. Stanley and I first began to work together thirty-three years ago in the Department of Zoology of the Washington University in St. Louis, Missouri, chaired at that time by Prof. Viktor Hamburger, a leading scientist in Experimental Neuroembryology, a great scholar and a most beloved master and friend. Since then, we enjoyed every minute of this adventure which was to lead us to Stockholm.

Stanley’s exceptional talent and most rigorous training in biochemistry, and my own training in neurology, which I had the privilege of receiving from the famous Italian scientist, the late Giuseppe Levi, at the Medical School of the University of Turin, provided us with an ideal complementary background to tackle what at first seemed a fairly easy puzzle to solve: namely, to uncover the nature and mechanism of action of a protein molecule which became known, on account of its biological properties, as the “Nerve Growth Factor”. It took, however, more than three decades to realize the complexity of the problem which is at present still under intensive investigation all over the world.